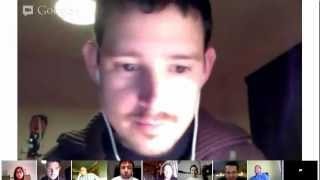 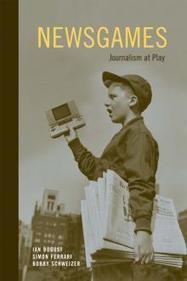 Journalism has embraced digital media in its struggle to survive. But most online journalism just translates existing practices to the Web: stories are written and edited as they are for print; video and audio features are produced as they would be for television and radio. The authors of Newsgames propose a new way of doing good journalism: videogames.

Videogames are native to computers rather than a digitized form of prior media. Games simulate how things work by constructing interactive models; journalism as game involves more than just revisiting old forms of news production. The book describes newsgames that can persuade, inform, and titillate; make information interactive; recreate a historical event; put news content into a puzzle; teach journalism; and build a community. Wired magazine’s game Cutthroat Capitalism, for example, explains the economics of Somali piracy by putting the player in command of a pirate ship, offering choices for hostage negotiation strategies. And Powerful Robot’s game September 12th offers a model for a short, quickly produced, and widely distributed editorial newsgame.

Videogames do not offer a panacea for the ills of contemporary news organizations. But if the industry embraces them as a viable method of doing journalism—not just an occasional treat for online readers—newsgames can make a valuable contribution. 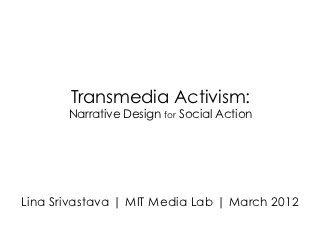 Slides presenting my framework for transmedia activism, and case study for Lakou Mizik, transmedia platform for and about Haitian musicians… 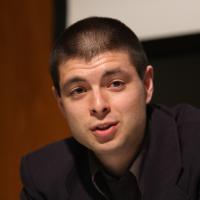 Can children learn to read by themselves? It’s a question which Nicholas Negroponte posed before inviting him to be a visiting professora at the Media Lab. If so, it would turn the entire system of education upside down. Mitra cites anecdotal evidence that children can teach themselves the alphabet using Android phones. But that’s not comprehension. To answer this, we need to answer two question: firstly, can they learn to read? Secondly, can they improve their comprehension, understanding, and belief? A group at the Media Lab is trying to answer the first question; Mitra is working on the second. Studies are happening right now in Kanha and rural West Bengal. 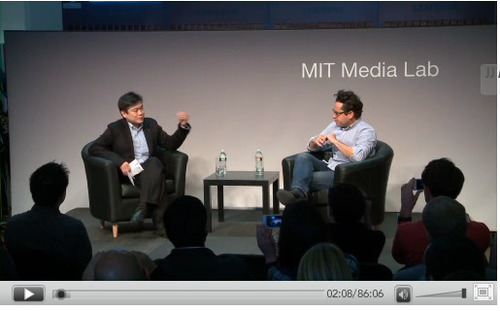